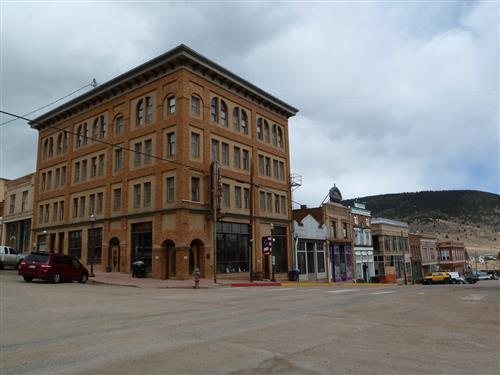 The Victor Hotel was built in 1899 and was originally a bank, but was also used as a storage area for the bodies of those who died during the winter when the ground was too hard for burial. The 4th floor of the hotel was where the bodies were stored, and it is said to be very active with footsteps, voices and spirits. A ghost named Eddie reportedly haunts room 301 since he fell down the elevator shaft. The elevator is said to open and close by itself.

Disclaimer: Colorado Haunted Houses does not endorse or support trespassing to visit real haunts. Before you visit ANY local real haunt, make sure to acquire the appropriate permits and/or permissions, and be respectful of privately owned properties. Countless Haunt Hunters have been arrested, ticketed, and reprimanded by the authorities for trespassing. To avoid this, be sure to get in touch with the property owners before visiting a haunt, and respect their hours of operation, local regulations, and rules for visiting at all times. Happy haunting!
All information on this page was submitted to Colorado Haunted Houses and was believed to be accurate at the time it was posted. Please report any inaccuracies here.